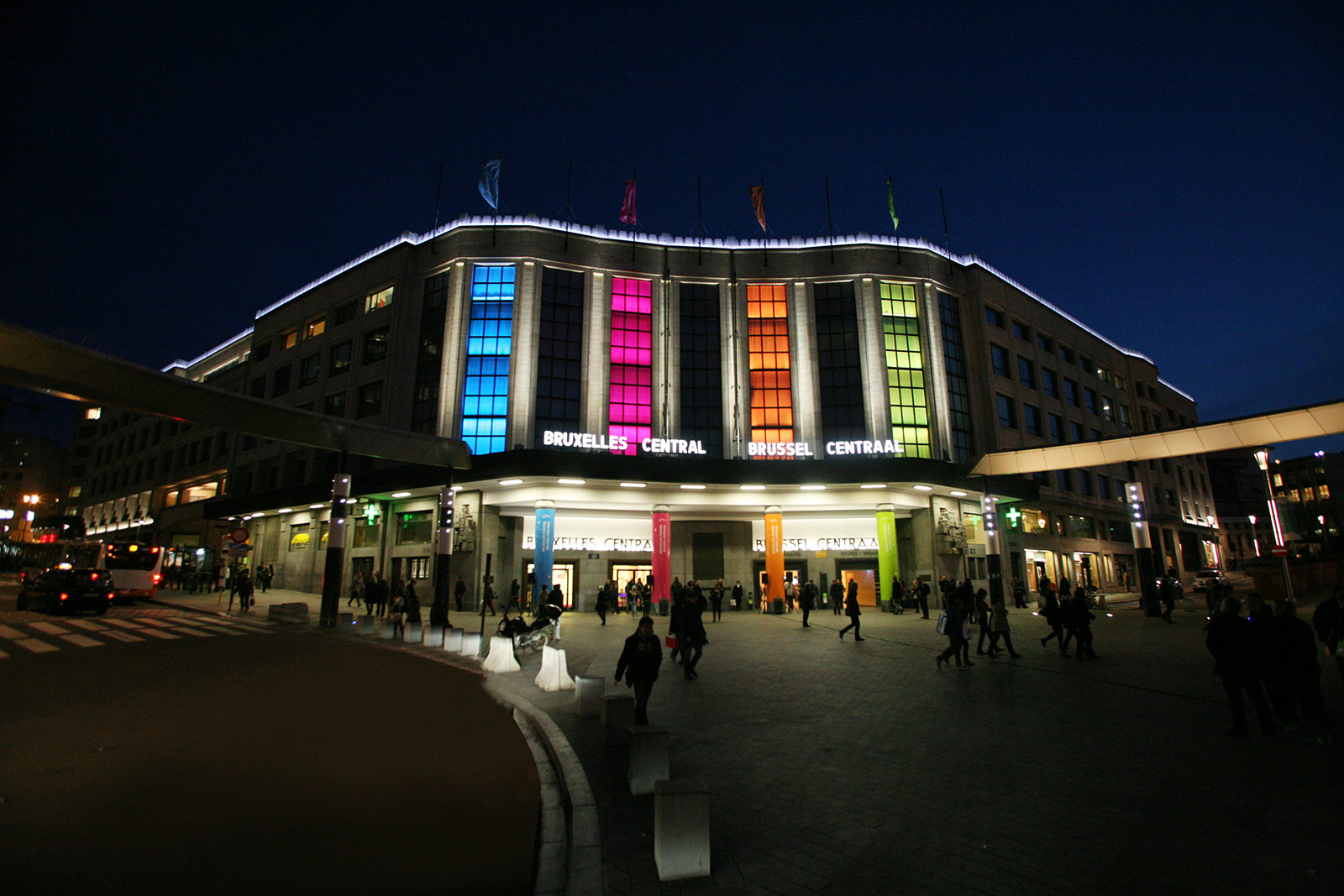 The design of the Brussels Central Station railway station was signed by Victor Horta, the famous Belgian architect of the European Art Nouveau movement. The building was inaugurated in 1952. While classified heritage site, the station continues to welcome more than 150 000 passengers/day.

Teamed up with JP Majot we were commissioned to conceive the Architectural study and to develop a brand new exterior lighting. The objective was to offer an aesthetic approach in order to transform the Brussels Central Station into a contemporary and vivid landmark of the city.

Since the new lighting infrastructure was made to measure, perfectly integrated into the building and works entirely with LEDs, it is energy efficient, durable and aesthetically pleasing.

A special attention was given to the main elements in order to improve their visual effect: the letters of the station located on the canopy over the main entrance, the roof of the building as well as the large windows above the main entrance, were all significantly enhanced for the public

The LED bulbs used behind the windows were programmed to diffuse a white light in the station area, along with a range of colors or moving images thanks to the RGB technique. Dynamic lighting for Brussels Central Station can be programmed and used during festive events for the public. This new lighting scenography was inaugurated on 18th of December 2013 and presented to the public at Christmas Eve and for the New Year’s celebration, along with the planned program for new festive occasions