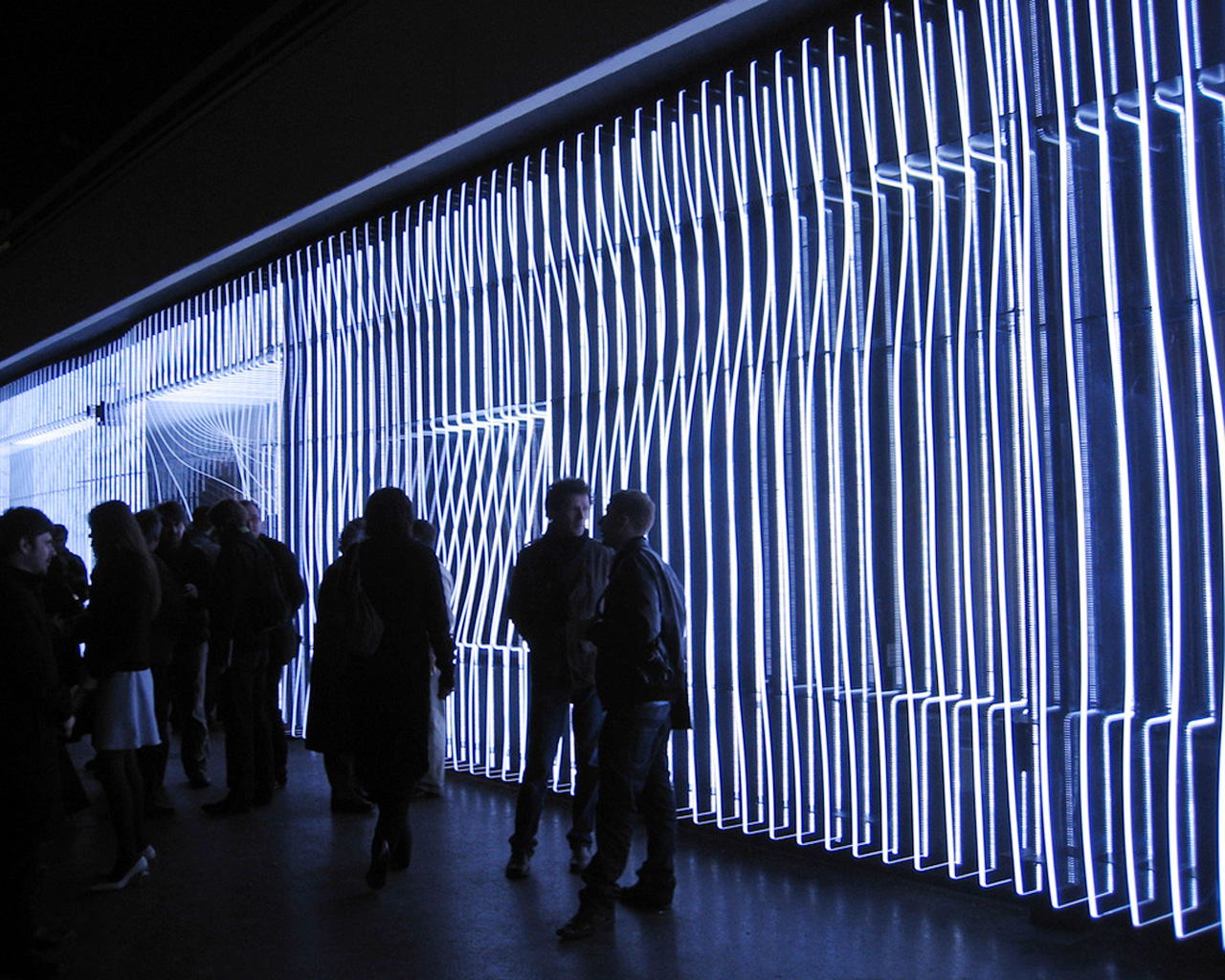 The Centre de Création Contemporaine CCC in Tours is a cultural center specialized in contemporary art. Phiilippe Chiambaretta at PCA is the architect responsible for the intervention on the facade. The initial facade was a bare concrete mass.

The initial concept was to give the bare facade a “second skin”, for which the objectives were: “differentiation, communication, and exchange”. The form of the second skin was designed deforming a flat with imaginary forces, coming from a process of materialization of the encounter between the subjective spaces of individuals.

The final design was to slice this flat into 240 custom cut transparent PMMA panels, each one equipped with a white LED string fixed to the back of the panel, integrated into the structure that fixes the panels to the wall.