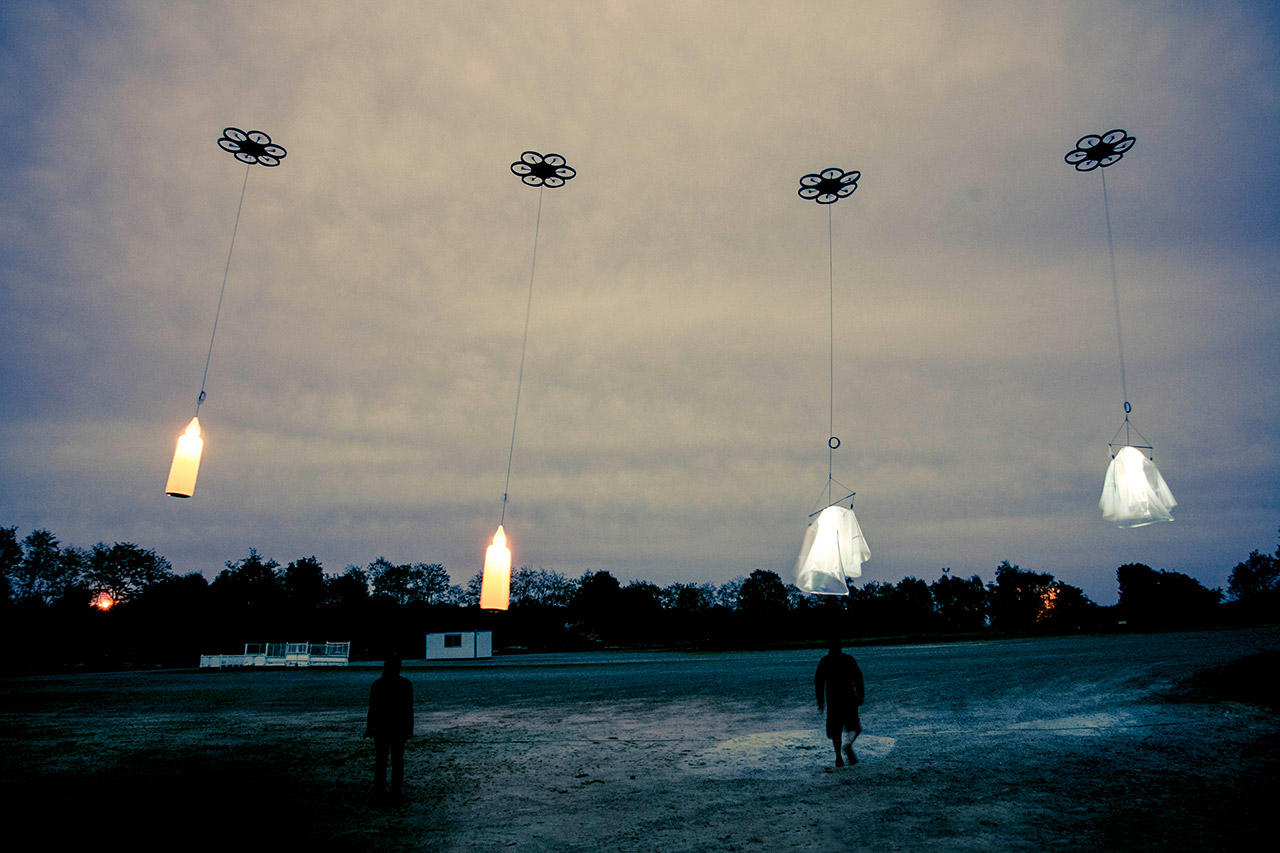 In 2013, the Puy du Fou and Koert Vermeulen had the precursory idea to introduce drones in scenography of “Cinéscénie“, the world’s biggest nighttime spectacle located in Puy du Fou’s theme park. After one year of development, ACTLD, in partnership with Puy du Fou, successfully launched Neopter, a new generation drone that adds a new dimension to entertainment shows.

Built to operate within an aerial fleet of autonomous drones, “Neopter” is able to perform synchronized choreographies at 60 meters above the scene, even in strenuous wind or rain conditions. Neopter is not only a “leading actor” but it also plays the role of “scenic carrier” able to hold lighting decorations in the air. Four technological patents were filed to protect its technological advances. “Neopter” can land and take off from water, fly autonomously thanks to an on-board “intelligence” and a GPS system. It can also carry sound, video, lighting and scenography or special effects, with a weight/power ratio record.