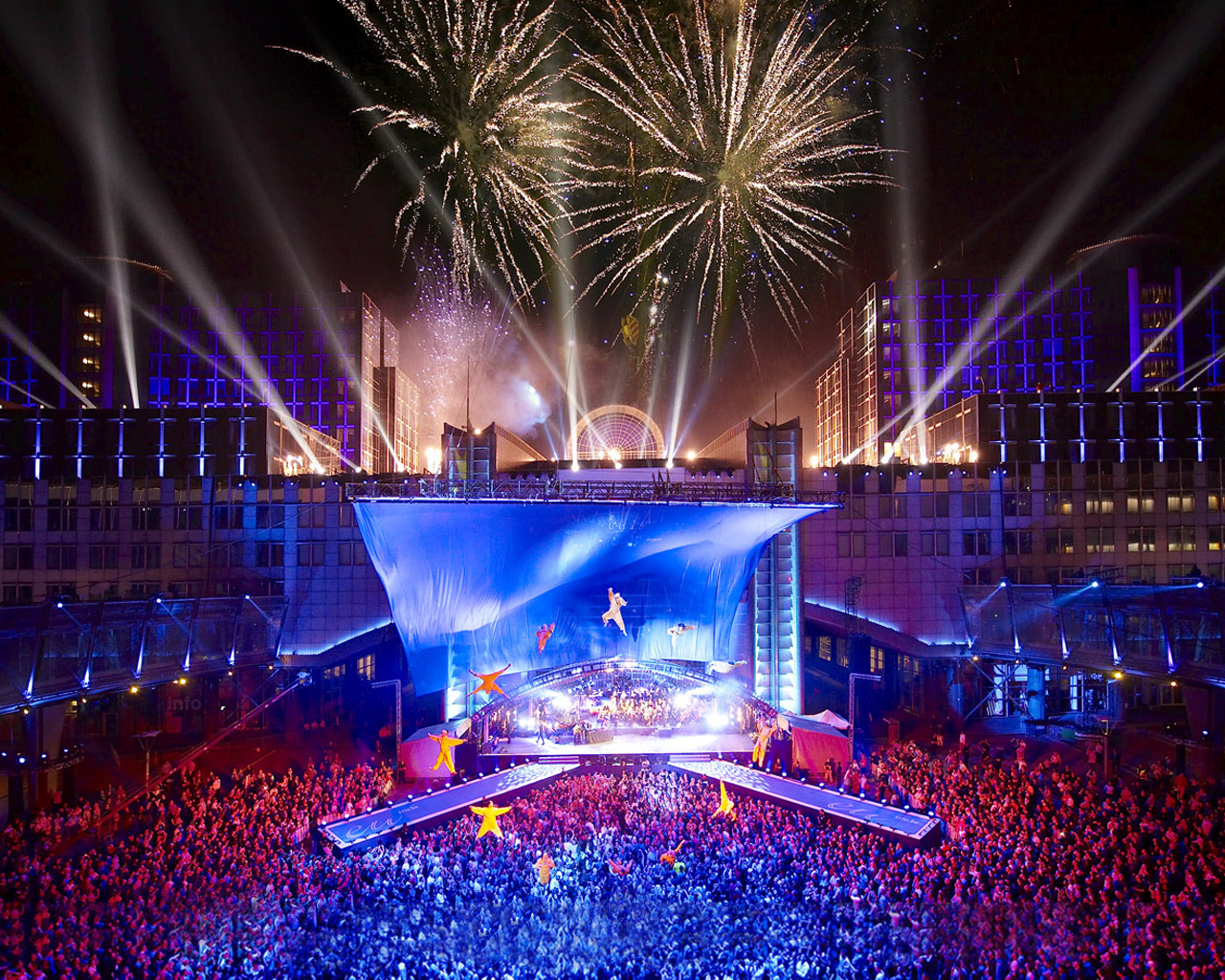 For the opening ceremony of the Belgian presidency of the European Union, Alice Events created a spectacular show in Europe’s capital on the 3rd of July.

The European Parliament, the esplanade surrounding it and Place Luxembourg served as setting of the spectacle. The lighting design was created in two phases. First there was the mise en lumière of the buildings and scenery. Because of the unique architecture, this had to be done in several layers. Next, a stage had to be implemented in the existing infrastructure. Thanks to the use of MI-strips a smooth integration of lighting design and the amazing video projections by ManyThink was achieved.

The next challenge was finding the right balance between the general ‘look’ of the show for the live audience and how it would come across on the TV broadcast. Compromises were made and resulted in a visual treat for both audiences – a perfect blend of lighting design, video projections and of course the stunning fireworks by Ephémères.

Chanselery of the Prime Minister of Belgium