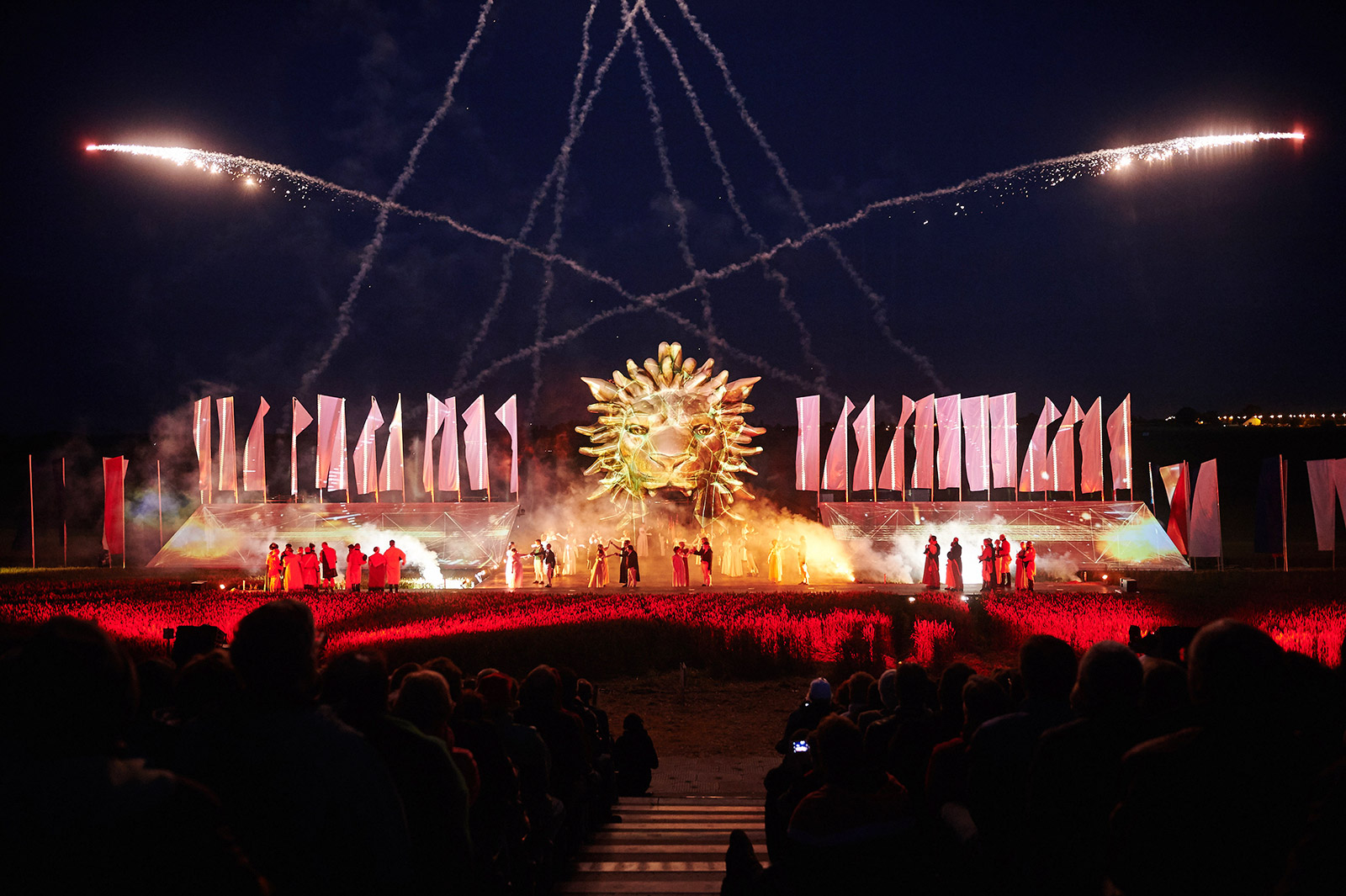 We were called by Luc Petit Creation and VO Group to design the visual scenography of “INFERNO”, an outstanding spectacle for the Bicentenary of the “Battle of Waterloo” organized and produced by VO Group. For this unique occasion, renowned stage director Luc Petit imagined a grandiose inauguration show as part of the commemorations in Waterloo.

On the evening of June 19th, the entire setting came to life with more than 600 re-enactors, as well as animals, decors, lighting, video projections and sound & fireworks effects, immerging the public into the heart of the legendary battle, with its historical figures and the most beautiful gems of Victor Hugo, his poem entitled “L’expiation” (“The atonement”).

Our team, led by Koert Vermeulen as principal lighting designer, carried out this project with a real excitement, as in such large scale live events, the lighting effects constitutes the main element to produce dramatics and highlight mythical moments. For the twelve tableaux of the show, we created a lighting scenography, which took advantage of all the space offered by the setting and enhanced the details of the live performances to obtain the best visual impact.

A poetic interpretation of the Battle of Waterloo, “Inferno” was the first breathtaking light and sound show of such large scale that took place on a natural stage of 150 sqm, in front of an amazed crowd of 11.000 spectators filled with dreams and emotions.