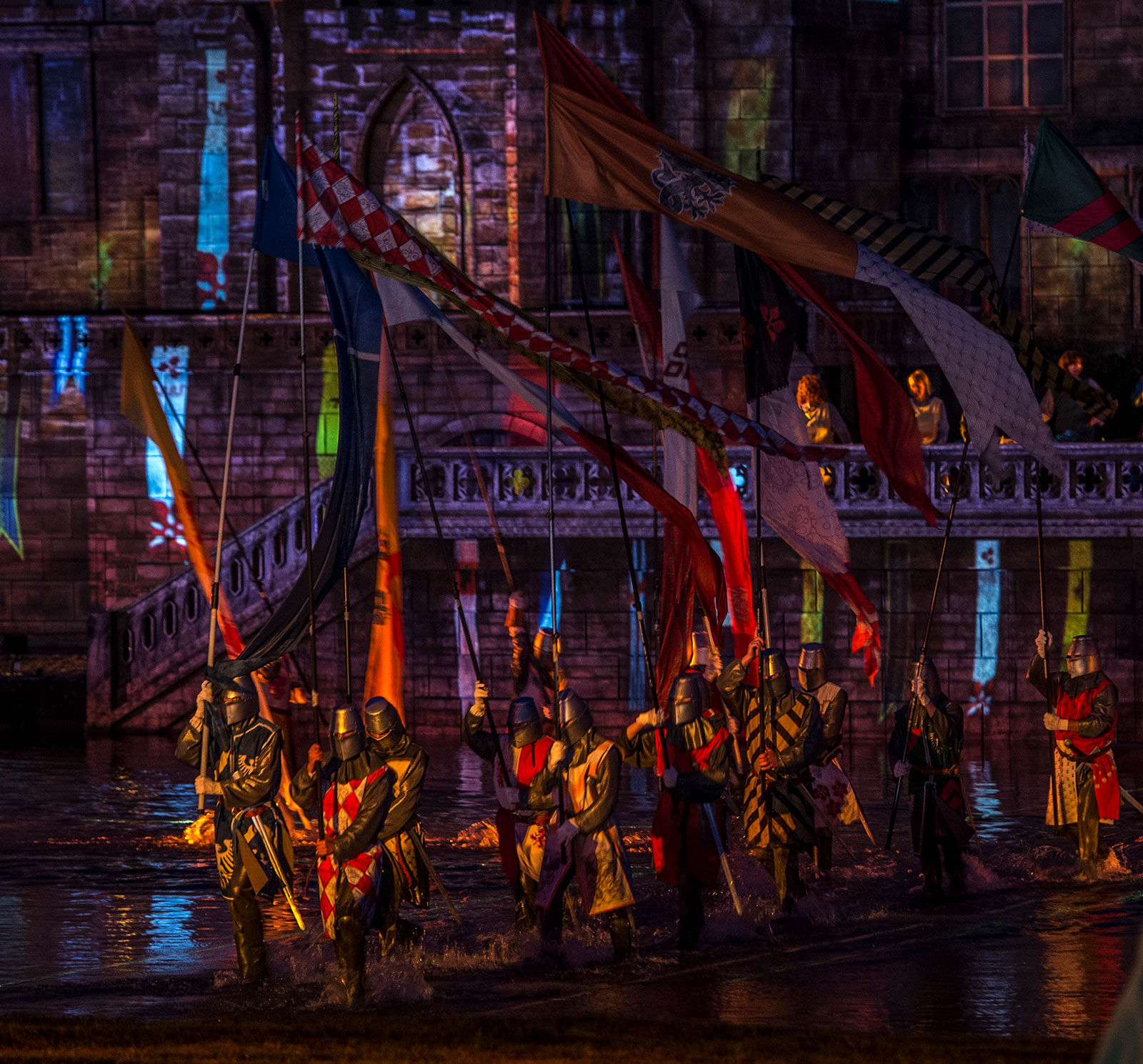 In the shadow of Auckland Caste in the County of Durham, one of the UK’s most important historical monuments, with its surrounding lake and 800 acres (3.2 km2) parkland, this ambitious night-time show brings 2,000 years of English history to life on a spectacular scale.

On summer evenings the audience follows the story seen through the eyes of a 10-year-old boy called Arthur that discovers Britain’s past from Roman times to the Viking invasions and the Industrial Revolution to World War II.

This inspiring fast-paced 90-minute production with an original script, amazing special effects, lighting, water jets, video projections, pyrotechnics and grandiose sets is powered by a cast of hundreds of volunteers and animals performing on a 30,350 square-metre (7.5-acre) stage with a 8,000-seater grandstand.

ACTLD team was called to create an advanced lighting design for this visually stunning show with action-packed live props. Our bespoke concept design and programming closely accompanied the poetic narrative in order to produce mesmerising effects for a thrilling movie-like experience.

After the grandiose premiere, and 15 performances that left more than 100,000 visitors amazed, Bishop Auckland.