Leila, The Land of Imagination 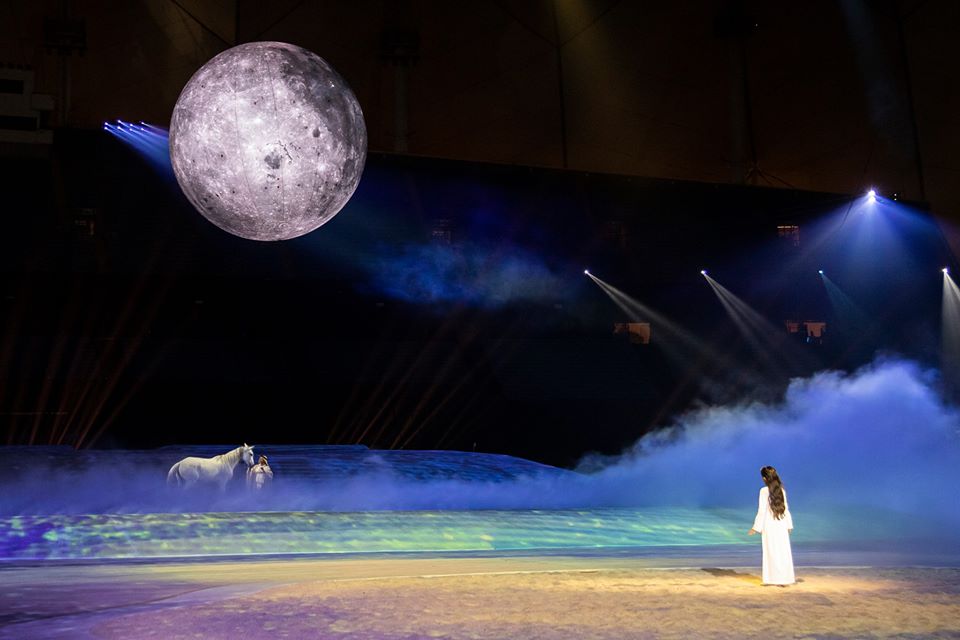 “Leila, the Land of Imagination” was the Riyadh Season Grand Finale show created by Balich Worldwide Shows. It was a tremendous show that celebrated the future of Saudi society. Leila, whose name means “Daughter of the night” in Arabic, travels in a one-night dream through the beauties and the secrets of her land, that sparkles in the dark under a starry sky and leads the audience through their main elements: the moon, the land, the water, the colors. Before her eyes, Saudi Arabia unfolds as the land of imagination, where she discovers that everything is possible and that the future is in her hand, carved in its lines but also in the lines of her land.