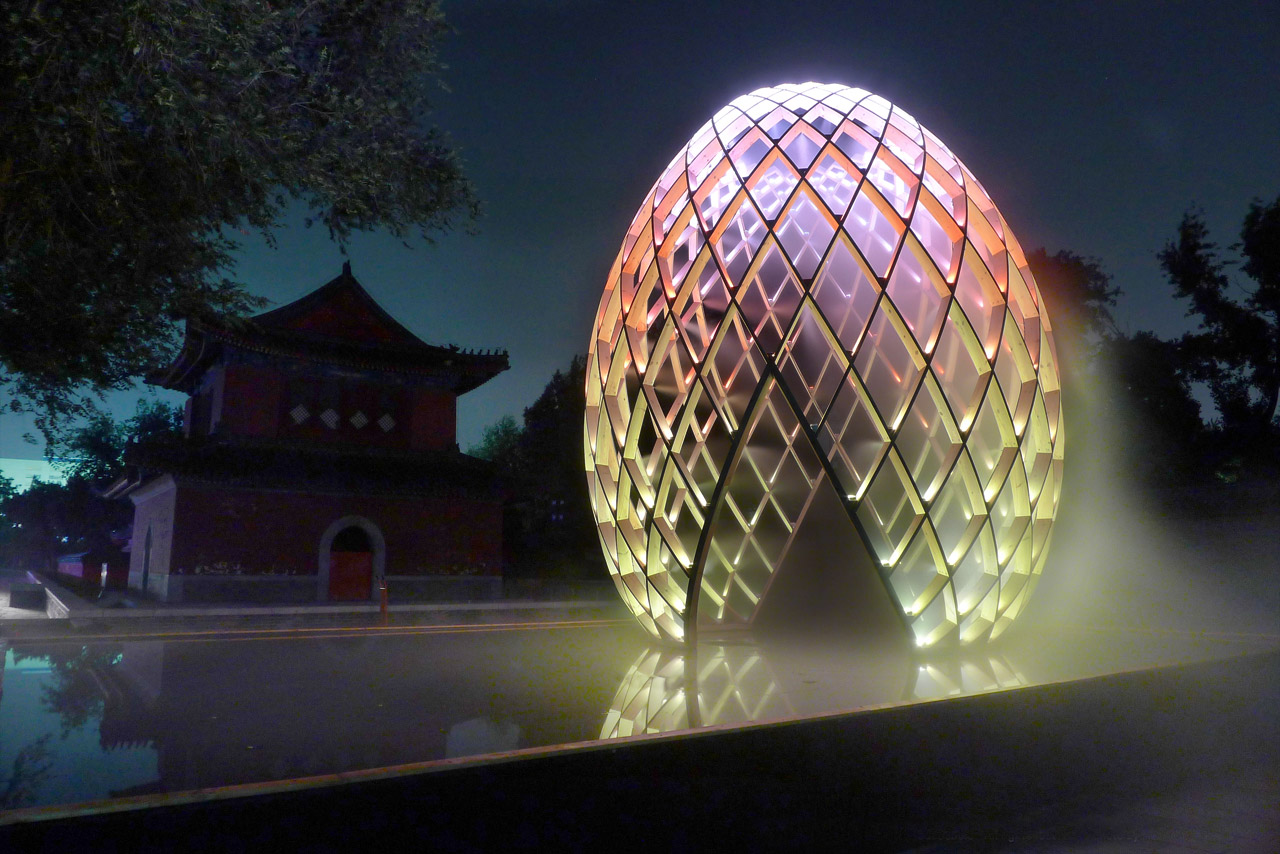 In Chinese traditions, before any distinction between heaven and earth, chaos itself looked like an egg. After 18,000 years, the egg-chaos opened: the heavy elements formed the Earth (Yin), light and pure elements formed Heaven (Yang).

The double helix of OVO has a clear similarity in shape with the line that parts black and white yin-yang symbol. Drawn vertically, the double spiral suggests complementarity between Heaven and Earth, the celestial and terrestrial poles, descending and ascending phases in conjunction with the two streams of cosmic force.

“Switch On Beijing” International Lighting Festival is a creative platform that includes more than 30 light art installations, meetings between artists and visitors from all over the world, interactive conferences and seminars.