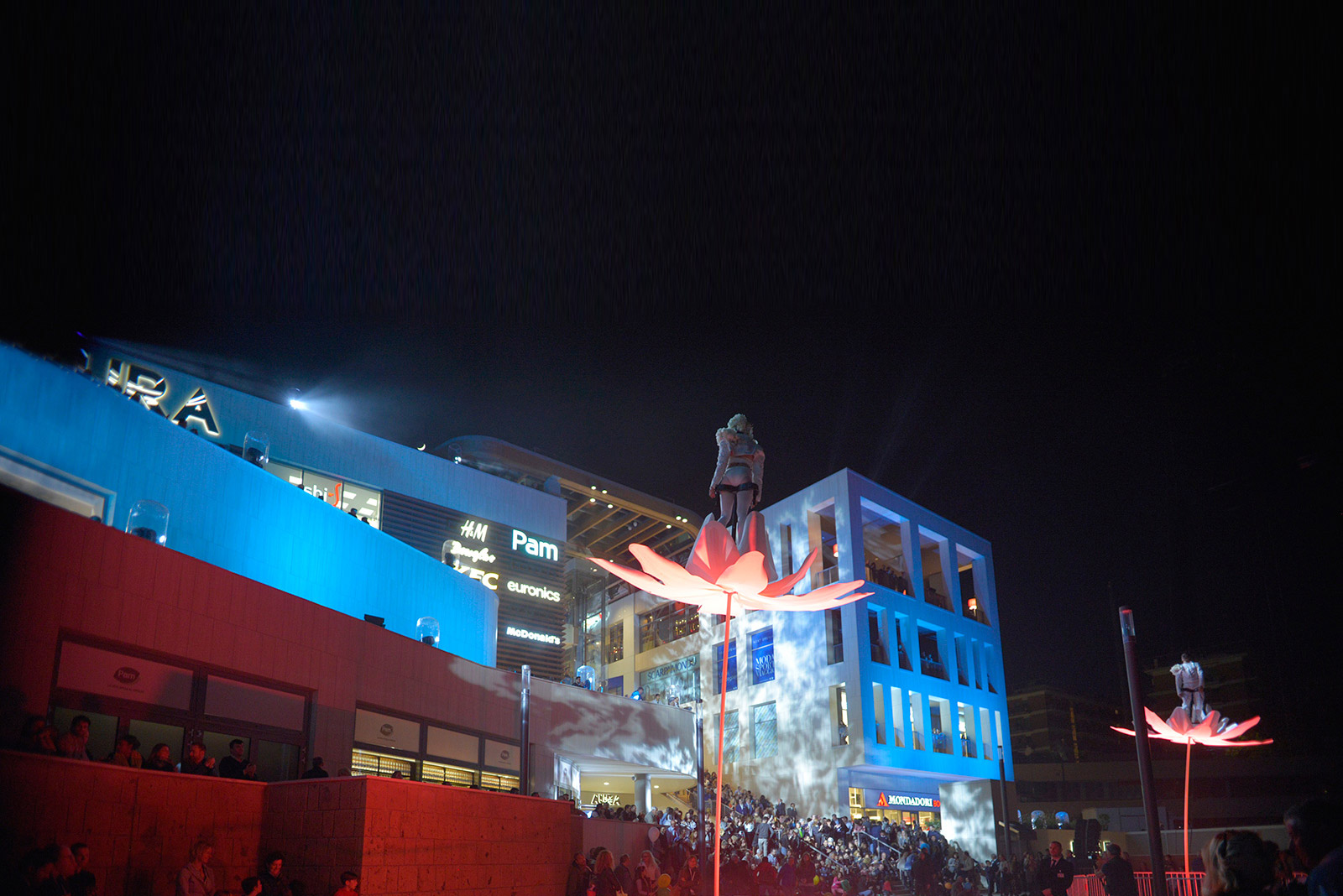 To celebrate the opening of the brand new mall AURA Valle Aurelia, a Shopping Centre located in the heart of Rome, close by the Vatican City, ACTLD in collaboration with LPC created an Opening Show for the 2 days of festivities.

As a tribute to the site, AURA Valle Aurelia includes a large square connecting the mall and the old Furnace Veschi, an old bricks factory deep-rooted in the history and culture of the neighbourhood. This is the area that ACTLD had chosen to encounter the challenge of creating an emotional narrative in order to attract the visitors, while embracing the old and the brand-new architecture.

This large plaza hosted hundreds of visitors each day, delighted by a full spectacle with several artists performances, such as Swinging Poles (Flowers) and Flying Drummers; accompanied by a lighting show and video mapping. ACTLD used the architecture as a canvas and with a combination of music, dancing beams of light, gobo projections and video mapping on the furnace chimney, ACTLD delivered a tailor-made opening event. The show occurred mainly at the exterior plaza, nevertheless, a performer at the interior atrium also welcomed and entertained the visitors.

This production engaged a complete set of different skills, from the application of several technologies, to the implementation of scenography elements and cast production, all together to create an emotional and unforgettable experience. Expectation, emotion and surprise were key elements in the pursuit of a rightful proposal!

Real Estate Management’s team with Marco Mutti at the helm has been working with ACTLD since 2003 on several projects and developments, from new architectural lighting design to opening ceremonies like this one.

The property, designed by Davide Padoa of Design International studio with the assistance of Stefano Cordeschi, is part of a larger urban redevelopment project that involves the entire Valle Aurelia district in Rome with the aim of reorganizing the services and enhancing the former Vespa furnace.