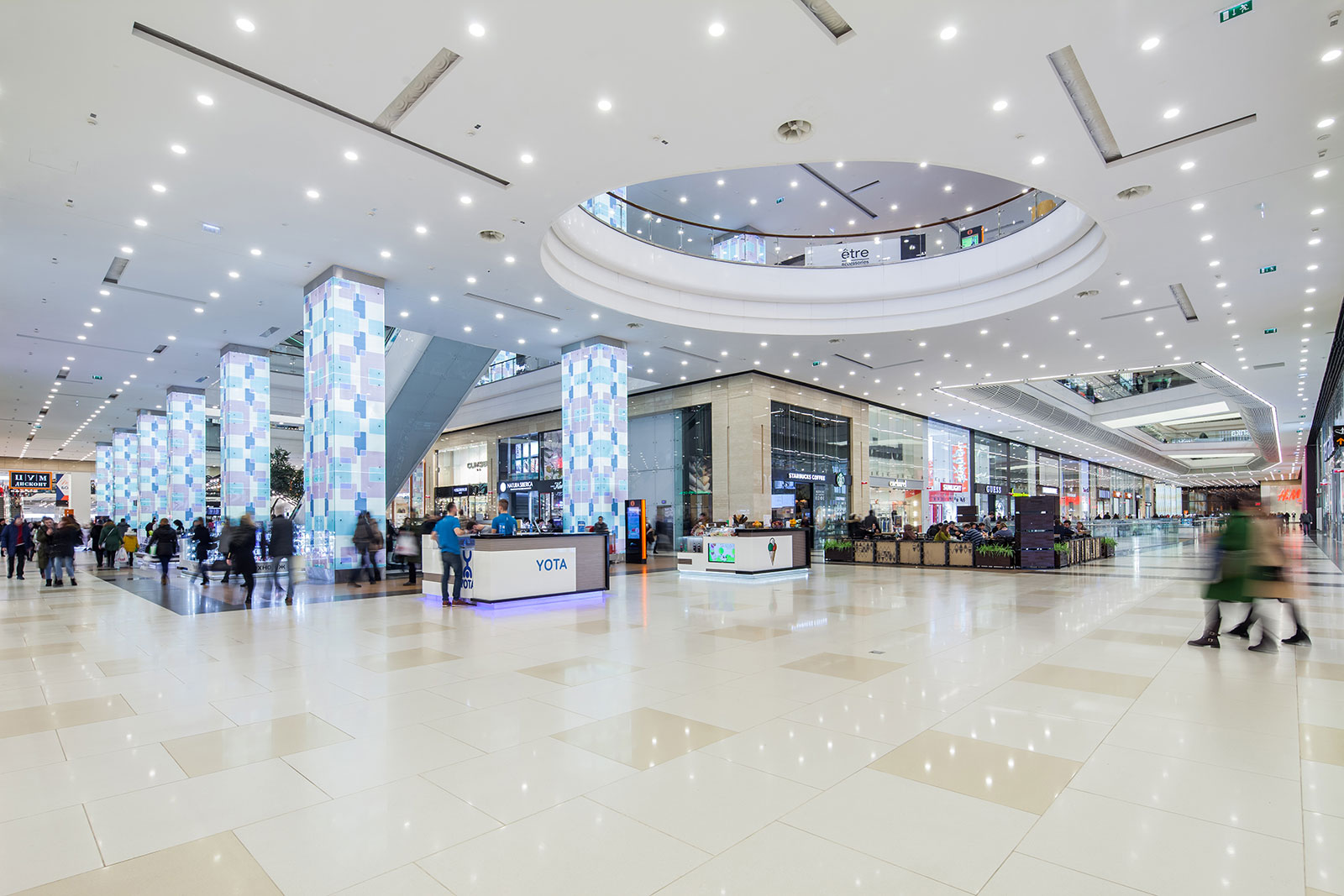 The Colombus Shopping Center is a retail and entertainment supermall in Southern Moscow.

Inspired by the forms, flow and movement found in nature, ACTLD team created a lighting design concept that reflects bringing nature and life into the vast building. Acting as a transitional medium from the exterior to the interior and guiding the user through the space with a sense of serene energy.

For the exterior, we worked with the grand scale of the building and its surroundings, utilising dynamic lighting to invite the “migration” inside.

Once inside, the interior echoes the natural forms and flow in conjunction with the architectural details throughout the supermall to create a functional and moving approach. Starting with a transition space at the centre that brings a sense of energy, sunlight and growth into the space. Suspended lighting elements inspired by birds evoke a decorative sense of movement, whilst connecting one side of the space to the other. Cove lighting designs were used to create a sense of rhythm and balance between the floor and the ceiling much like that of sky and earth. Completing the concept with a coloured water feature, uplighting for trees, illuminated furniture and dancing floorlamps, we combine all the elements together to create a harmonious aesthetic.

Any cookies that may not be particularly necessary for the website to function and is used specifically to collect user personal data via analytics, ads, other embedded contents are termed as non-necessary cookies. It is mandatory to procure user consent prior to running these cookies on your website.