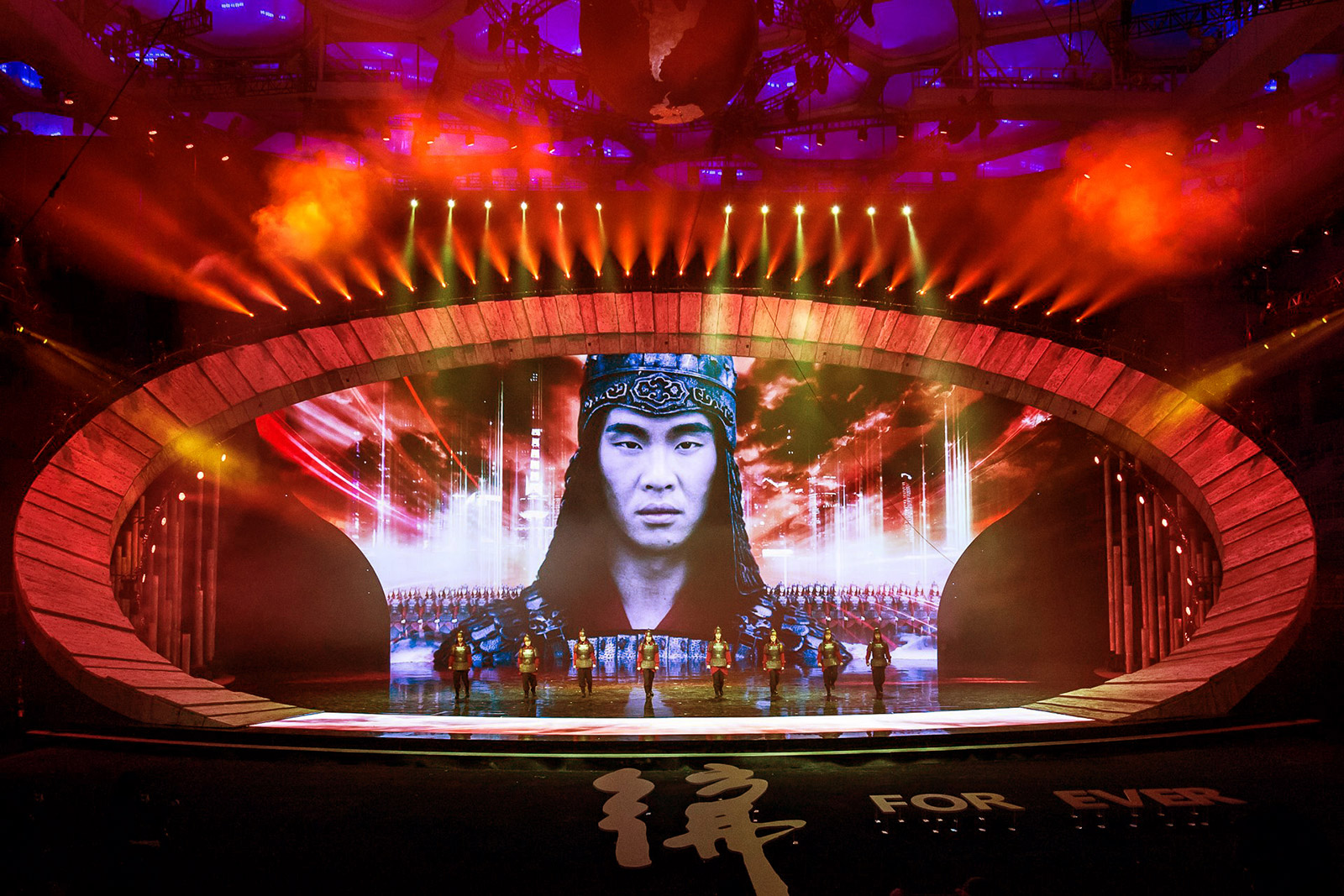 Located in the Olympic park of Beijing this 32,000 m2 venue hosted three encore performances open to the public during 3 consecutive days. For this occasion ACTLD offered its knowledge & skills in lighting and laser design through a unique concept involving 94 Led Wash Light, 72 Profile Moving Heads and 24 Moving Wash Lights to create textured light. Added to the lighting fixtures 4 High-end Full Color Lasers for mapping the set as well as17 High Power FX lasers for beam effects were added. The gigantic LED screen allowed the production to create a dialogue with the custom stage built over the pool.

Performances of dance and acrobats took the thousands of spectators to a travel through cultures and civilization guided by an iconic red ribbon, symbol of the silk road.

56 minutes of show, 3 nights in a row, in the heart of Beijing’s famous Water Cube. This gigantic complex hosted the swimming competitions during the 2003 Summer Olympic Games. To give the 4,500 spectators a stunning staging, the Olympic swimming pool was covered by the stage where stands a 450 m² LED screen. This extraordinary show was delivered in only 2 months.