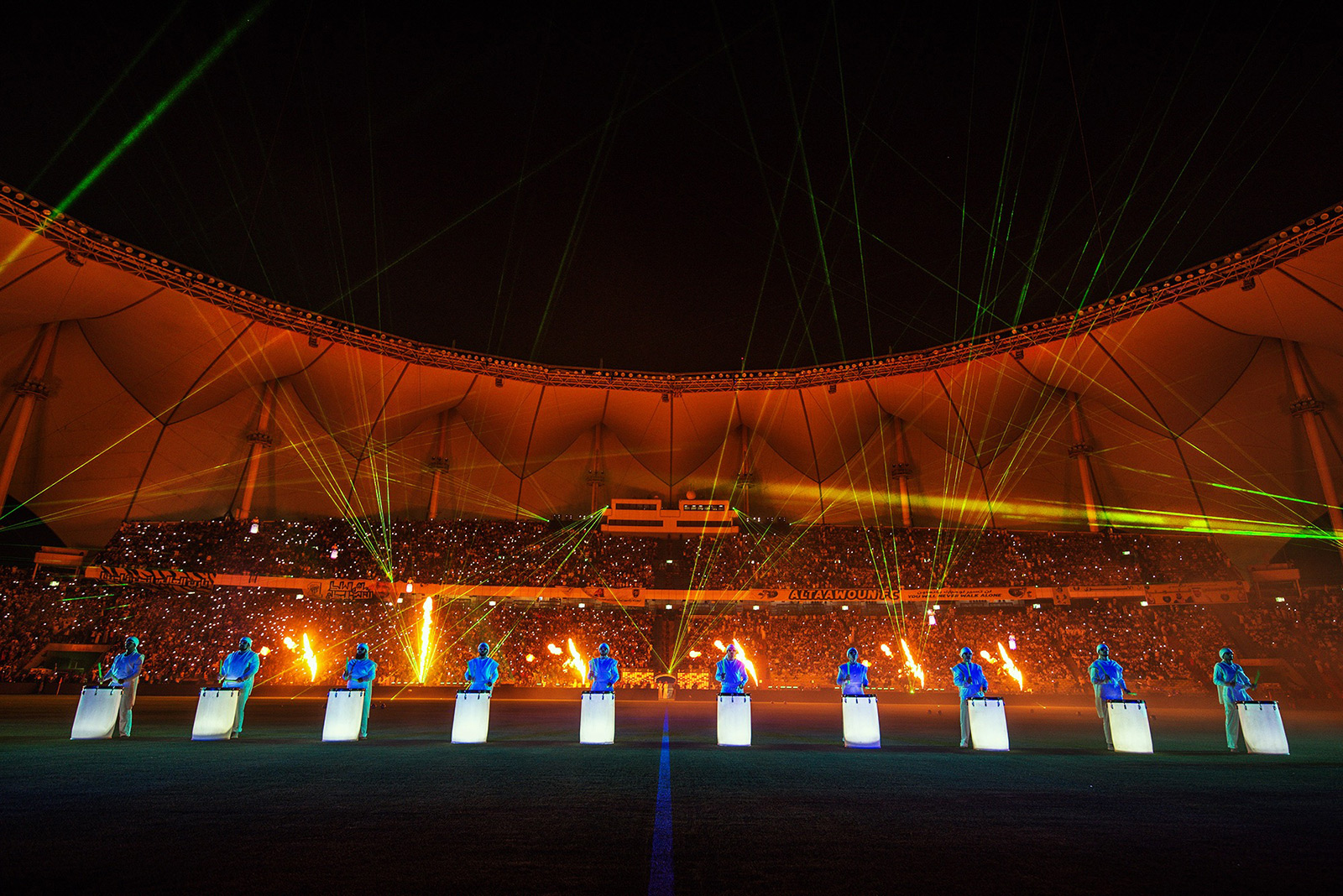 ACTLD was hired by client, Maestro Group, to do the entertainment lighting design for a ceremony fit for a king! The King’s Cup Finale in Riyadh, Saudi Arabia, took place on 2 May 2019 at King Fahd International Stadium. Built in 1987 with capacity over 67,000 seats, the stadium measures 246 meters in diameter. The stadium is currently used mostly for football matches and it also has athletics facilities. The King’s Cup is run by the Saudi Arabian Football Federation. For the season finale, ACTLD designed lighting for the pre-show (5 minutes long), the half-time show (17 minutes long) and a one hour-long concert that took place after the final match.

Always making sure to address the various requirements of a momentous production of this scale, ACTLD used a combination of video-mapping and traditional moving lights and effects for the stadium’s field of play and its many performers.