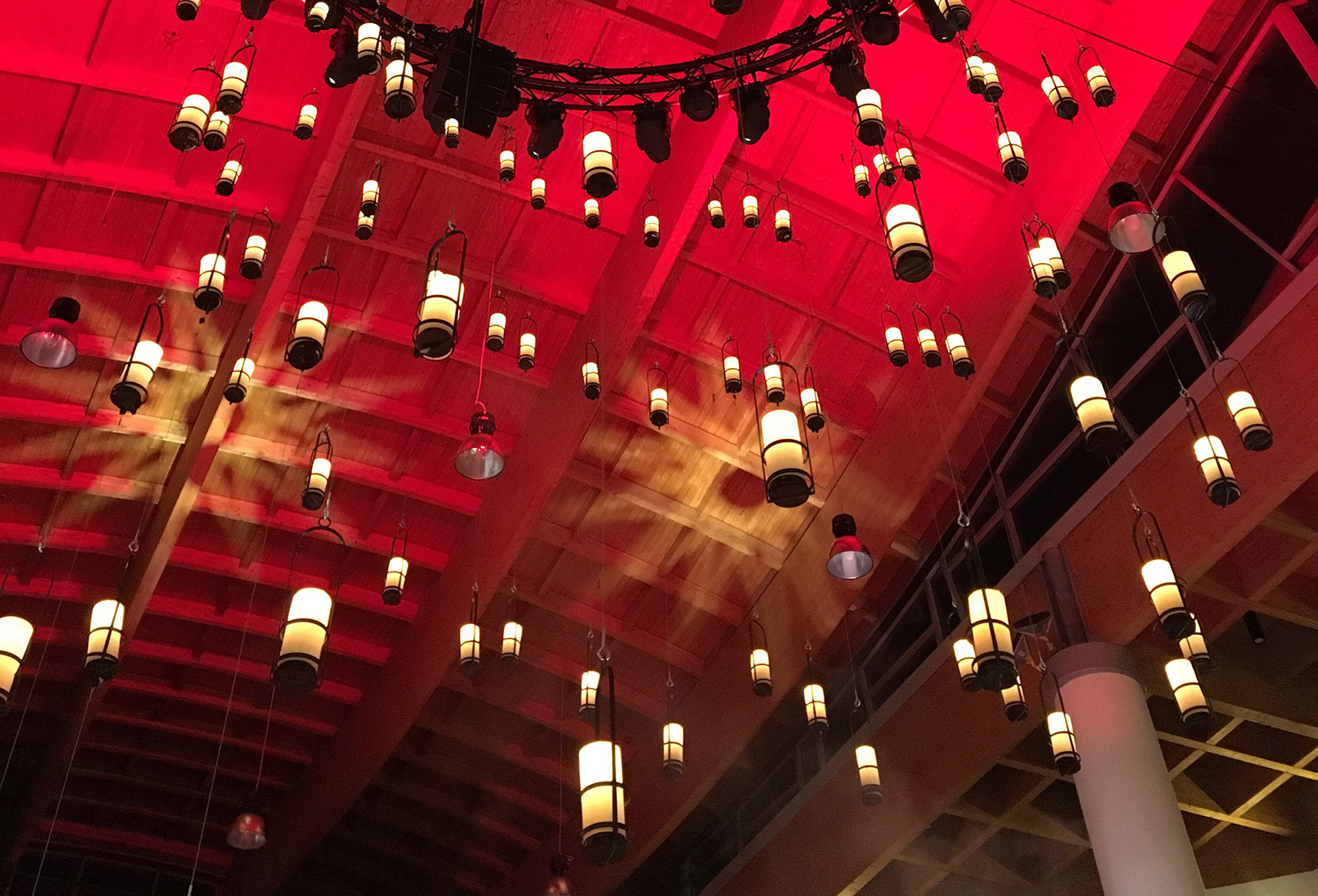 Palladio SC celebrated the recent renovation of its atrium with a great three-day happening, offered to its VIP guests and all the customers. For this event our team imagined and produced a memorable show featuring bespoke art installation of 180 Boogies® flameless candles accompanied by fog, lights and an original soundtrack. Our creative concept was based on the idea of a sumptuous moving chandelier in which our candles play the principal role.

The structure composed of two metallic trusses in a shape of the circle was installed at the top of the ceiling in the center of the atrium up to the height of 16 meters. We installed a multiple winch motor system under which we hung 108 Boogies candles that could move up and down up to a height of 10 meters. We also positioned additional lighting and sound equipment on the structure.

The design of the suspended chandelier was mirrored on the floor by the set in the shape of a wave on which we placed 72 boogies surrounded by lighting beams and fog machines.
This composition embraced the entire space with an impressive performance aiming at producing a spectacular atmosphere and dazzling visual effects for the guests.