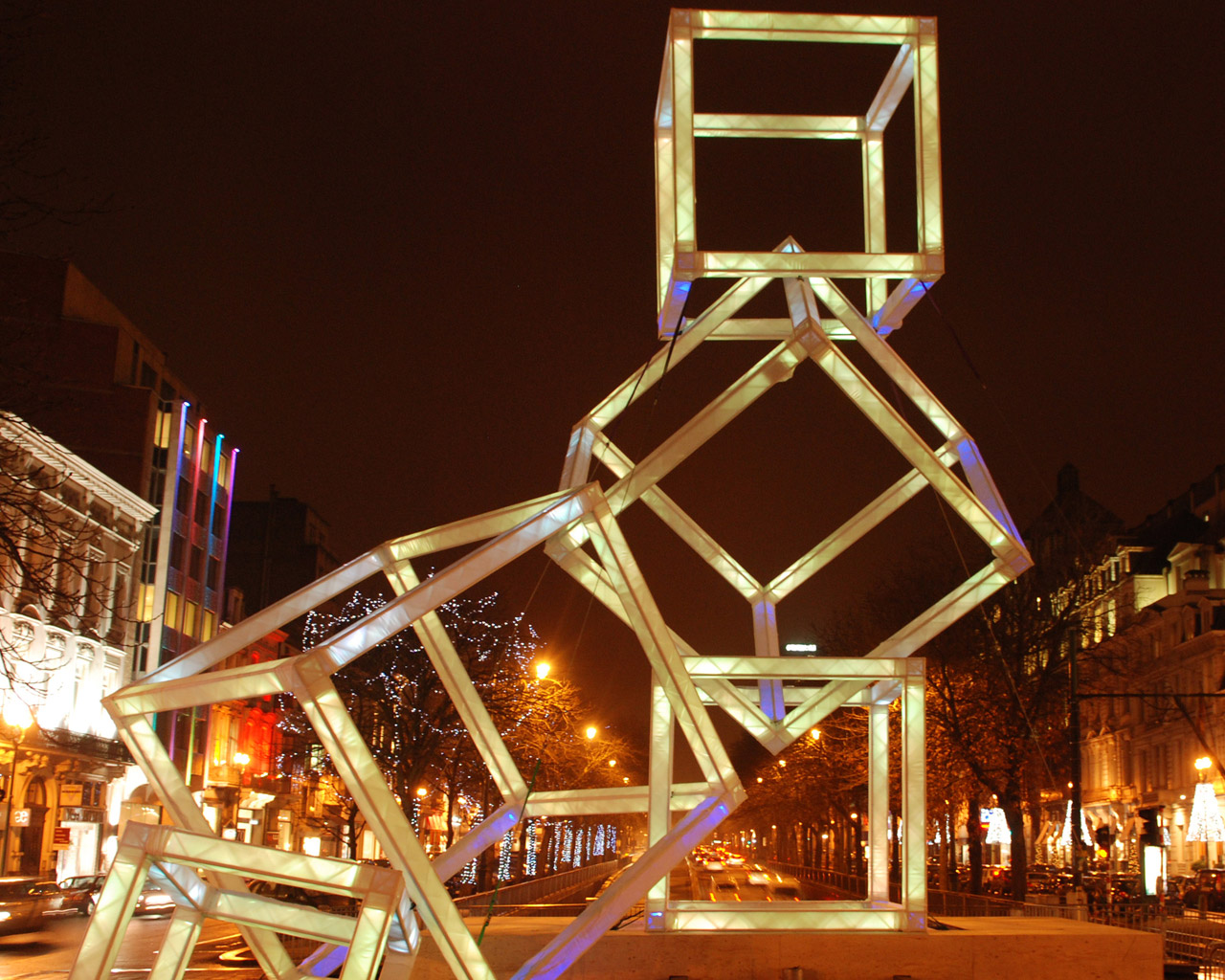 ACTLD created and installed “Reciprocity” a light art installation for Solstis – Lumière d’artistes, a festival in Brussels held between December 2008 and January 2009. The principle of “Reciprocity” lies in 3 essential moments: giving, receiving and returning.

Putting into relationship the traditional exchange of gifts at the end of the year and the exchange between people and cities, ACTLD developed a light art installation inspired by those principles. “Reciprocity” took its viewers into a journey, starting from “Porte de Namur” where light cubes were falling out of the sky, until a sculpture depicting a mountain of cubes, and throughout the light trees installed on “Place Stéphanie”.