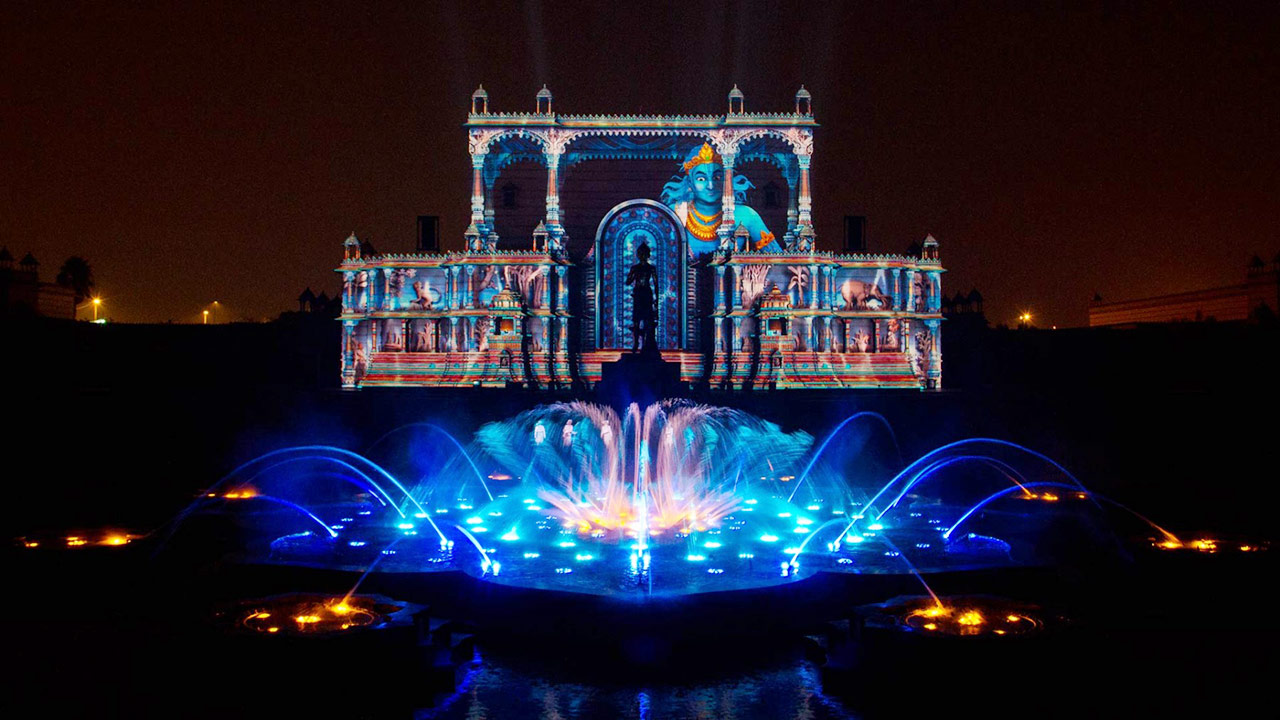 We were called by Yves Pépin, famous artistic director, to join the team of international experts, BAPS volunteers and sadhus to produce a breathtaking immersive water show based on the story of Kena Upanishad in the unique cultural complex of Swaminarayan Akshardham temple in New Delhi.

Thanks to our expertise in large-scale live shows and lighting design of classified sites we were able to carry out this great project and meet its artistic and technical characteristics. Our lighting design scenography aimed at taking the public on a spiritual and mesmerizing journey.

The major specificity of this open-air live show is the temple’s historical site surrounded by water and a multitude of visual effects. The lighting scenography, the creative concept as well as the technical requirements called for highly differing solutions than the ones usually applied in Entertainment. Our concept focused on several made to measure waterproof features permanently integrated under the water as well as tailored luminaries implemented into the heritage architecture of the site. A specific set-up of « key lights » along with a system of linear luminaries provided an enchanting atmosphere creating necessary volumes, brightness, and a combination of subtle colors.

Since it’s opening in 2014, the Sahaj Anand Water Show has become one of the major attractions of New Delhi with more than 1.2 million visitors over the last 2 years.