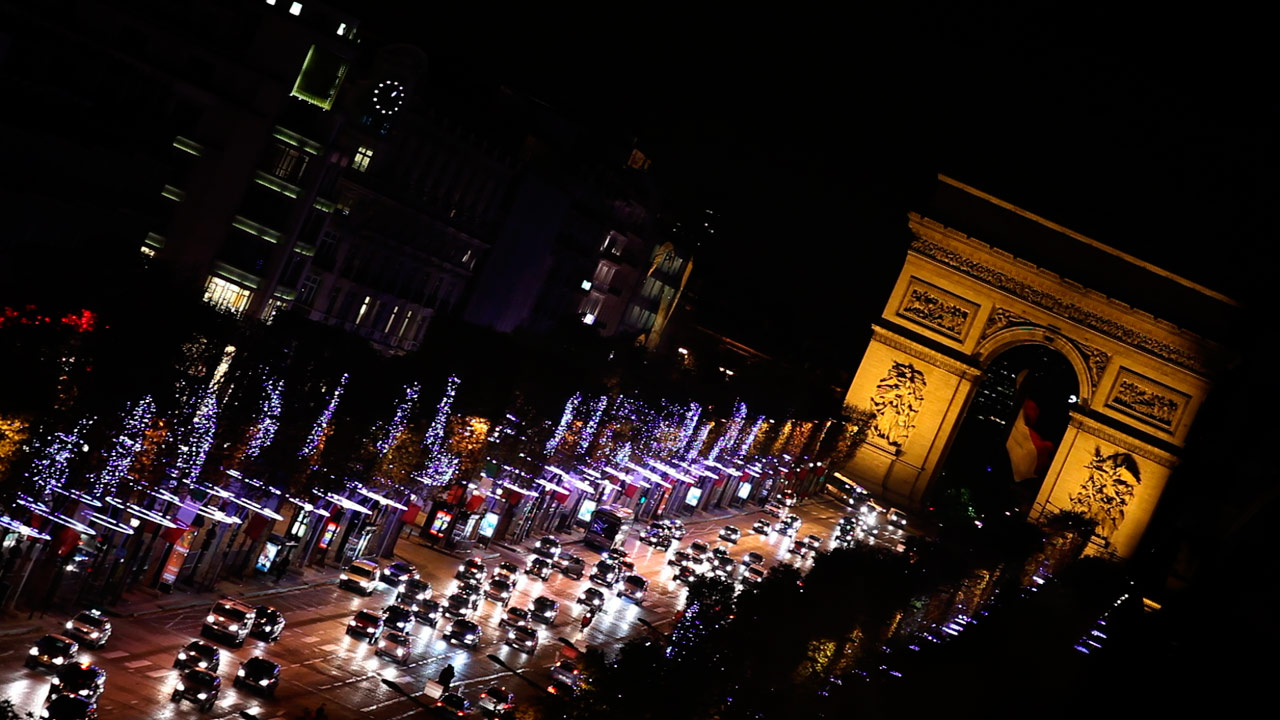 ACTLD won the international competitive bidding to illuminate the Champs-Elysées in Paris for four years. After the first successful year, our team led by Koert Vermeulen & Marcos Viñals Bassols, created even more aesthetic and spectacular illuminations by adding new features to Tree Rings, enhancing the most beautiful avenue in the world.

The basic concept of Tree Rings was the following: on each of the 200 trees on the avenue, in the spirit of our modern creative approach, we installed three rings made of LED strip lights which symbolized the gathering and unity between people and nature.

This festive art light installation was conceived and developed ecologically by the application of energy saving technological solutions, such us the use of LED and solar energy from a photovoltaic farm, which allowed reduction of energy consumption by almost 90 % compared to 2006.

For the 2012-2013 holidays period, we introduced a bright new set of colors and dynamic sequences to mark the different moments of the night, and special occasions such as Christmas Eve and New Year’s Eve. We also integrated a curtain of twinkling lights and LED up-lights into the trees in order to create a better perspective.

For the 2013-2014 edition, we maintained our initial artistic concept but introduced a brand new set of colors inspired by the latest trends. Tree Rings was also programmed with a new rhythm for the dynamic effects, with a “long”, “medium” and “fast” tempo.