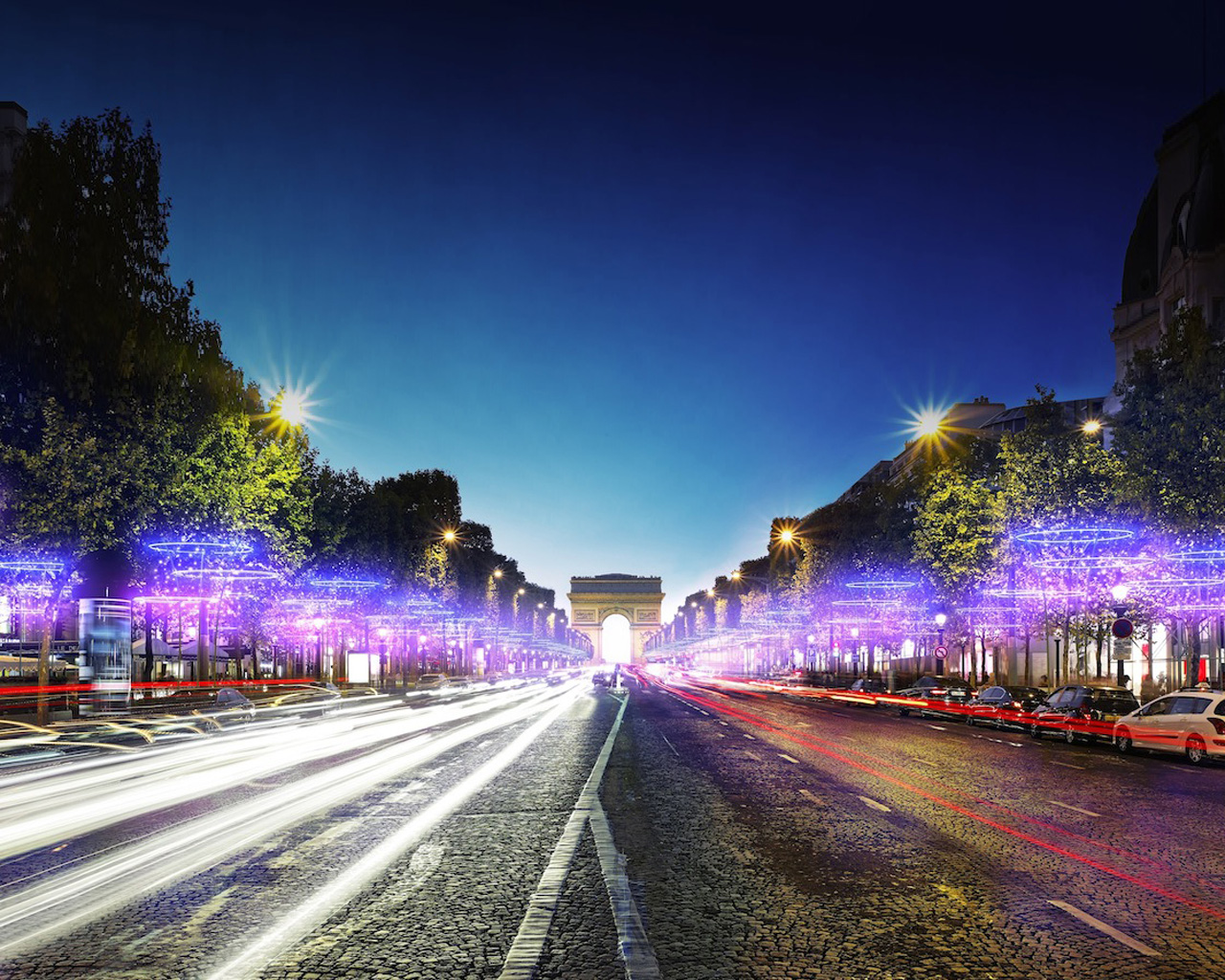 “Tree Rings”, the Christmas illumination of the Champs-Elysées in Paris 2011-2014.

The main ambitions of the project were to enhance the architecture of the Champs-Elysées during the time of Christmas and to highlight the prestigious role that it plays in the heart of the French capital.

“The contemporary”, pure and flexible form of TREE RINGS, was designed and developed with a particular attention to respect of nature.”The designers” creative vision is based on the “ring” as a symbol of unity and gathering, becoming in the end a symbol of unity between man and nature. Three lighting rings encircle one tree out of two on the avenue, without touching it.

The tree is respected as a living being, enhanced by the light during the Christmas period. The outside of the ring is a LED strip, giving a glow of light while the inside LED strip lights up the tree itself. Mirror discs hanging on the branches of the tree will reflect the light rays in all directions as they move freely in the wind.